The third replica Iron Age roundhouse at the Avalon Marshes Centre quietly passed away at the weekend. It had been in poor health for some time and its demise had been expected after 13 years of life, a similar lifespan to the previous two. One wall failed and the thatched roof splurged onto the ground like a mini lava flow. It will be sadly missed by its many friends. A spokescenturion from the Roman Army said ‘hah!, about blooming time too, don’t they know they should be building rectangular houses now‘. No Celts were harmed in the roundhouse demise. 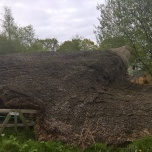 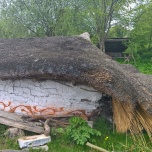 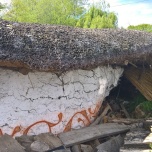 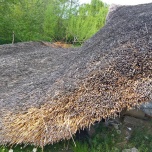 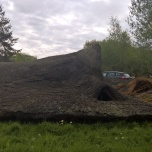 It is intended to build another roundhouse as part of the new Avalon Archaeology Park at the Avalon Marshes Centre to sit alongside the Roman villa dining-room and Saxon longhall that are currently being constructed. Opening of the new site is intended for 2018.

2 responses to “Death of a roundhouse”