In the summer of 2014 a small team was allowed the privilege of excavating at Glastonbury Lake Village. Thank you Glastonbury Antiquarian Society and English Heritage! 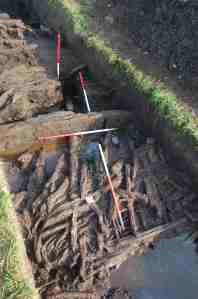 was to discover exactly what the original excavators of the site had left behind and to try and get new scientific dating for the site to finally solve the mystery of when it was occupied. More info here.

The discoveries were fascinating – the lowest foundations and earliest wall lines of several huts survived and at the southern edge of the site there were at least 7 different phases of rebuilding of the encircling palisade. 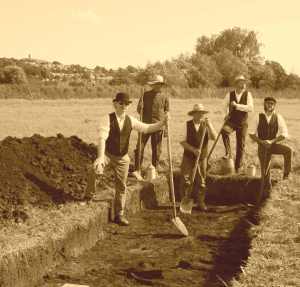 You can see a film of the excavation here –  the first chance to see the Iron Age settlement since 1907!

This site uses Akismet to reduce spam. Learn how your comment data is processed.