A busy week saw lots of progress with furniture for the Saxon hall. The Viking style chairs are almost finished, the benches were having their final touches done by Marian and Alastair and work has begun on the tables. Meanwhile George and Kath used hemp rope to replace a woven lath seat on one of the chairs based on an early Medieval German example.

The hemp rope weave half finished

Richard finishing the fine detail on a Viking style chair

the benches being given a fine finish by Marion and Alastair

weaving a rope seat in progress 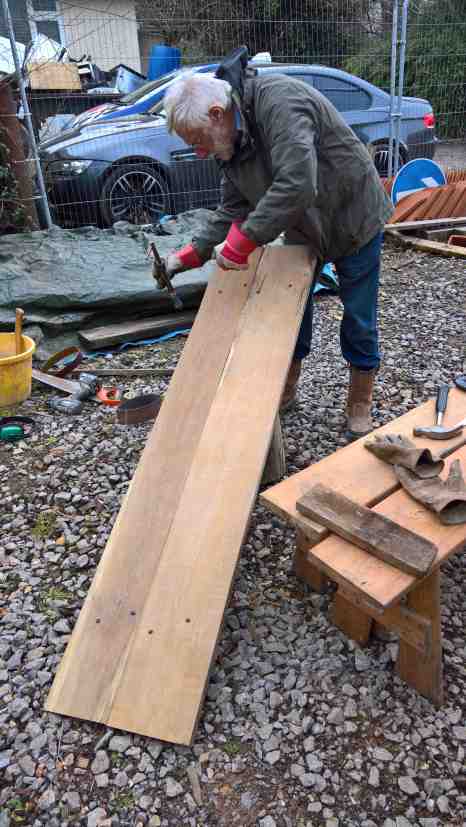