Hurrah! The cob has finally reached the top of the wall due to a wonderful effort by the HoH volunteers. Thanks also to Mark Lunnon for some great cob mixing and to Jamie Coram of Kier Living for all the loads of subsoil that the company gave to the project. We couldn’t have done it without you.

It was a long last day and signs of cob frenzy appeared but we made it through with only light psychological damage. We did eventually manage to persuade Marc and Lucy to come out. 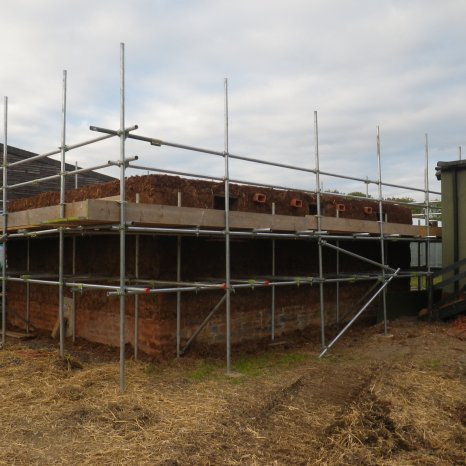 top of the wall 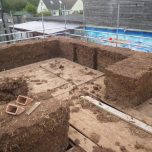 finishing off the top

hiding in the windows and won’t come out