A week earlier than planned, work has begun on the replica of roundhouse 74 from Glastonbury Lake Village. The recent excavations showed that the wall posts only averaged 38mm in diameter (some as small as 15mm) and were spaced c. 25mm apart. The houses must have relied on the woven walls for strength – like enormous upturned baskets. The extra light structure was needed because heavier designs would have sunk into the soft peat. This will be an interesting experiment. 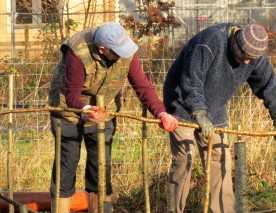 door frame up and walls rising 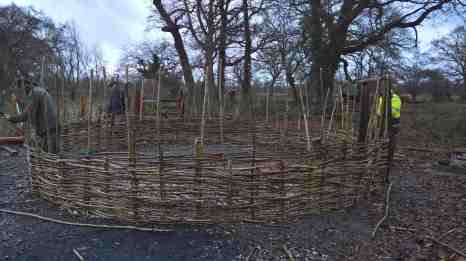